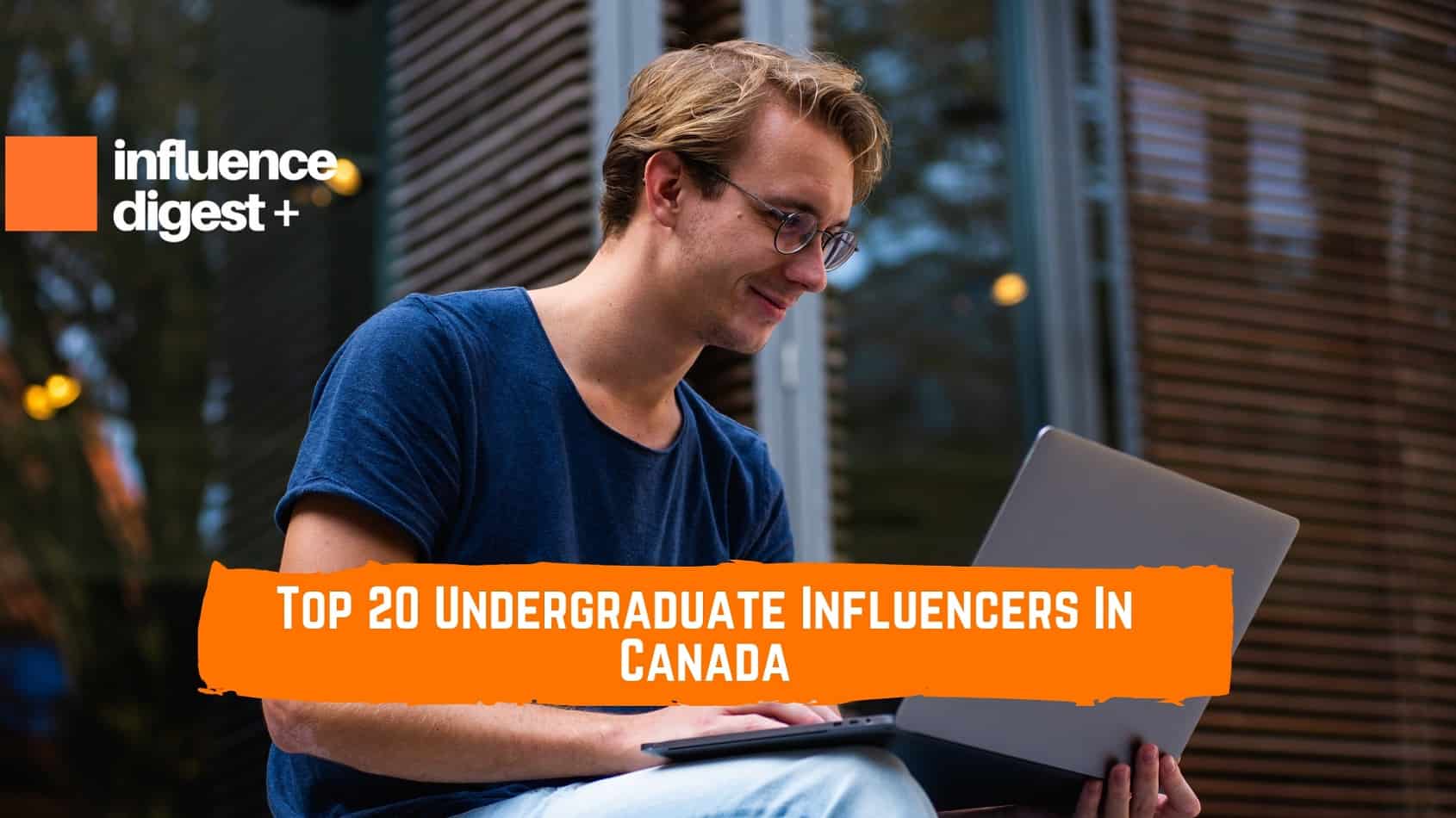 For 2018 we have compiled a list of the Top 20 Undergraduate Influencers in Canada. This list emphasizes undergraduate students who have created amazing brands, movements, and acts of generosity. Many of these students have graduated, pursued masters degrees, or have launched other businesses.

Melanie- Rose is a 21-year-old Sudbury resident who studies at Laurentian University. The Metis, half French, and half Anishinaabe influencer currently studies indigenous history and health promotions. Her current endeavour is to become a practitioner in her local community. Melanie-Rose has been featured on the Vice Network for her work of teaching Canadians about Indigenous history and promoting her “Cool to be Healthy” campaign.

My video with VICE was finally released yesterday! I am very thankful for all the positive feedback I have been receiving! 🙂 #vice #laurentianuniversity #squash #indigenous https://www.vice.com/en_ca/article/xw7baq/for-the-better-melanie-rose-frappier

Lindsay Shepherd is a Wilfred Laurier University Student who made global headlines after she was dismissed from academic studies by Wilfred Laurier. When she played a TVOntario video clip of Dr. Jordan B Peterson to her students, the teaching assistant was summoned to a hearing by the university officials. Her courageous effort to release the audio clips of the summoning to the press exposed the tyrannical and cruel behaviour of the university’s staff members. To this day, it has become the largest university scandal in Canadian history

Lindsay now acts as a free-speech advocate throughout Canada. She speaks on campuses to tell her story and works with university officials to develop proper free speech codes.

Thank you @HdxAcademy for the Outstanding Student Award and the amazing Open Mind conference yesterday. Got to meet so many lovely and inspirational people. #HxA2018

The passionate chemical energy student has accomplished a lot during his undergraduate studies and is now currently studying at MIT Group Sadoway. He spends his time researching the development of liquid batteries which use layers of electrodes on top of each other. This goal is to create longer lasting batteries. He now co-authors two patent technologies for an energy Startup called Ambri.

The young energy entrepreneur is passionate about integrating his engineering and innovation skills with his business intuition to commercialize a product for the energy industry. 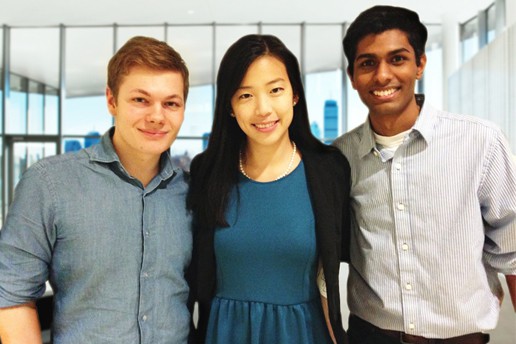 Dave is the founder of Ten Thousand Coffees. The social entrepreneur started this campaign to become the world’s largest peer-to-peer mentoring service. His company has partnered with many high-level corporations including; PepsiCo, RBC, and United Way.

Ten Thousand Coffees connects employees with peers based on their role, career goals, and professional interest. As an influencer, Dave has ensured that his clients build new relationships that lead to more innovative, inclusive, and creative teams.

85% of jobs aren’t posted! Chatting w/ @arblitz on how to break into the hidden job market w @10kcoffees on @CTVNews pic.twitter.com/dFEsBzM5qh

Raya is a serial entrepreneur, writer, educator and keynote speaker. She has spoken at conferences around the world and has featured in articles published by news organizations such as; CNN, Wired, and The SF Chronicle.

The influencer currently studies at Boston University, where she manages; Intelligent optimism, Cafe Scientifique Dubai, and SheWorks. The first two companies stride to improve science and technology through events and non-academic study. SheWorks is a contingent workforce platform designed to allow women to work on the cloud.

As an advocate of popular technology and rationality, Raya spends her time keynote speaking at the G20 summit, Global Education and Skills Forum, TedX, and UNESCO Expo-Sciences.

Maya is a currently studying Physics and Computer Science at Harvard. While being a part of the team of Aerospace Studies at the University of Toronto the entrepreneur developed a self-driving wheelchair to assist disabled people. The award-winning software developer has been featured in articles from TedX, Huffington Post, Microsoft, CBC, and Popular Science.

Other areas of her life have covered quantum cryptography, and an award-winning documentary called 400PPM. The documentary enabled Maya to travel to the Arctic and discuss climate change with Chris Hadfield.

Nivatha is a 22-year old scientist studying Physiology and minoring in International Development at the McGill University. From an early age, the award-winning entrepreneur dominated the STEM fields. Her environmental research focuses on microbial solutions to reducing oil contamination.

She has spoken at many conferences including; TEDxMontreal Woman, KLICK Health MUSE Series and McGill’s Leading Women in Innovation Series. Nivatha’s passion for science has led here to isolate a novel species of Pseudomonas bacteria with biosurfactant-producing capabilities.

Ishita is a biology student studying at the University of Toronto. After winning the YWCA Toronto Young Woman of Distinction Award, the scientist graduated to become a research analyst at the Neurogenetics and Neuroscience Research Department at the Centre for Addiction and Mental Health (CAMH).

The successful immigrant scientist has also won numerous awards, including the RBC Top 25 Youth Award winner. Ishita spends her free time speaking at the WISE conferences, publishing her “behind the scenes” magazine, and advocating for groups facing discrimination. 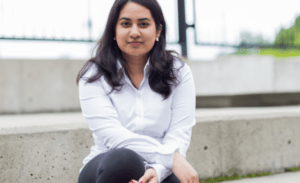 Miranda Wang and Jeanny Yao are two undergraduate scientists who have made a name in the science-tech industry for their research in micro bacteria. They have identified a new bacterium that breaks down nasty compounds called Phthalates and common flexible plastics. They were both influenced into researching micro bacteria when they were presented with the enormous amounts of plastics at a Vancouver waste station.

The researchers have won numerous awards and have spoken at TED2013. Their story and research can be viewed on Youtube.

This Queen’s Commerce student co-founded two startups named Compass and SeniorIT. Compass partnered with companies such as Deloitte and Blackberry to sponsor Syrian families arriving in Canada. Her idea of paying it forward has also helped motivate friends and family to help other causes locally.

SeniorIT solves another issue by partnering youth with seniors for technology tutoring. Her free time is spent in the Queen’s Entrepreneurs Competition and the Queens Product Development Team

Honoured to be featured on @ReadLocalLove – a new project launched by @UnitedWay to encourage Torontonians to give back to their community 😊😊 https://t.co/ZmFDUY00vK pic.twitter.com/ZTCLsAbDsZ

Kendal is one of Canada’s leading entrepreneurs and speakers from Sweetgrass First Nation SK. As an individual who grew up in severe poverty, the entrepreneur understood how to hustle and give back to his community when he could. Through many acts of kindness, Kendal was inspired to give back and launch Neechie Gear- a lifestyle apparel brand that empowers youth through sports.

After graduating from the University of Saskatchewan, Kendal has now invested in 5 businesses and won over 25 business awards. One of these awards includes; the runner-up at the YBI Global Entrepreneur of the Year. Kendal and his wife continue to empower entrepreneurs around the globe to peruse their dreams.

The Singapore-born teenager made headlines in 2012 when she won BioGeneius award for showing that cellulose can act as an anti-ageing property. The super anti-oxidant compound can improve health by neutralizing more harmful free-radicals found in the body.

The 16-year old Princeton graduate spends much of her time learning how to code, building convolutional neural networks to model DNA-transcription factor binding, and conducting global health research at Princeton.

At just the age of 23, Jan has taken the music industry by storm with his extraordinary poetic sensibility and pianist skills. The New York times have proclaimed him to be “a pianist who makes every note count”.

From the age of 5, the artists developed his skills to become of the most talented pianist of his age. His global attention has won him an absurd amount of award presented from companies such as BBC, The New York Times and Gramophone Magazine.

His global tours have spanned from Asia’s across Europe. Jan spends his free time as a National Youth Representative for the United Nations and has donated time and money to institutions such as David Foster Foundation

Tonight we perform Schumann Piano Concerto with the fantastic @janlisiecki. Listen to the live radio broadcast on https://t.co/Z4F9P50woW #sinfó pic.twitter.com/TcSGtZVjVI

The young entrepreneur from Windsor Ontario developed the iAid- a device to help visually impaired people navigate around cities. It uses four ultrasonic sensors that attach to a belt to monitor the areas around the user. The device is very advanced at avoiding obstacles.

The 20-year old serial inventor, artist and public speaker, was even appointed as the Queens Young Leader by Her Majesty Queen Elizabeth. Today, he speaks at many conferences including the National Tour WE Day to over 160,000 youth about the importance of creativity in stadium-sized menus.

At age of 18, Edward stands as the youngest influencer on our list. The entrepreneur has become an influencer in the city of Toronto through his commitments to readily invest policy and social justice initiatives with the City of Toronto.

Edward is a supporter of youth conferences and summits such as; Branded, If-I-rule Toronto, Model Nations and the Toronto Youth Cabinet Summit.

Maayan Ziv is an activist, a photographer and an entrepreneur based in Toronto, Canada. From a young age, Maayan challenged norms and worked within her community to increase awareness of disability issues and improve accessibility.

The entrepreneur is the founder of AccessNow, a mobile app that maps the accessibility of locations worldwide. The Ryerson graduate is a professional photographer and has also won several awards including; The city of Toronto Access Award and The David C Onley Leadership in Accessibility Award. Even though Mayaan has graduated, we had to put her in this list.

The University of Western graduates started their journey into entrepreneurship by questioning construction workers about their frustrations that they endured while completing a job. Their app solves this issue by giving workers a punch “to-do” list so that there is better communication between the worker and employer.

Since 2014, they have raised $1.7 million dollars in fundraising, and they have signed more than 100 contractors to their software.

Alice stands as a global citizen and agent of change working along the intersection of environmentalism, social justice, and civic action.

The social entrepreneur founded Global Figure; a non-profit organization that creates campaigns to spread awareness on the benefits of industrial hemp. Their team are currently focused on launching a financial strategy on “subscription box” business model to fund youth-led projects and promote conscious consumption.

Throwback to the Urban Heroes Gala! Big thank-you to @MetrolandMedia for celebrating local change agents, and my parents, friends, mentors; you encourage me to push through even the most challenging times. Will keep your support in mind as I pitch @gfiguremovement this weekend!😊 pic.twitter.com/LuFefNq9D9

Aron started to become involved in environmentalism at the age of 7. By the age of 20, the continued growth made the undergraduate a leader in his community.

The urbanist is passionate about creating genuine opportunities for youth engagement that goes beyond tokenism. Some of his awards include the 2014 City of Vancouver Greenest City Leadership Award Recipient.

Thank you to @vancouverdlc for the endorsements and support to get a progressive team elected to city council, school board, and parks board. Keeping our city #movingforwardtogether takes a team! pic.twitter.com/zfkeiYIjS7

Are you Looking to Grow Your Personal Brand?

The first step is to create your online identity. We have created a simple & effective template for you to craft your identity. Just click on the button below to download it. 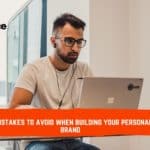 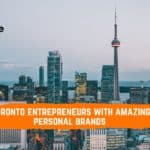 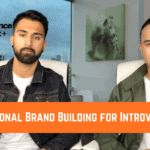 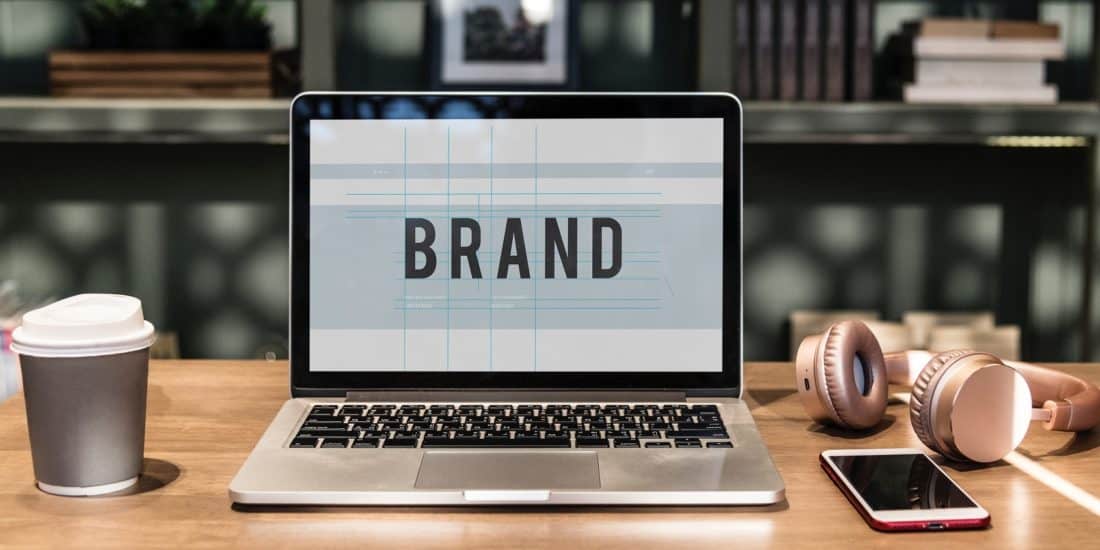 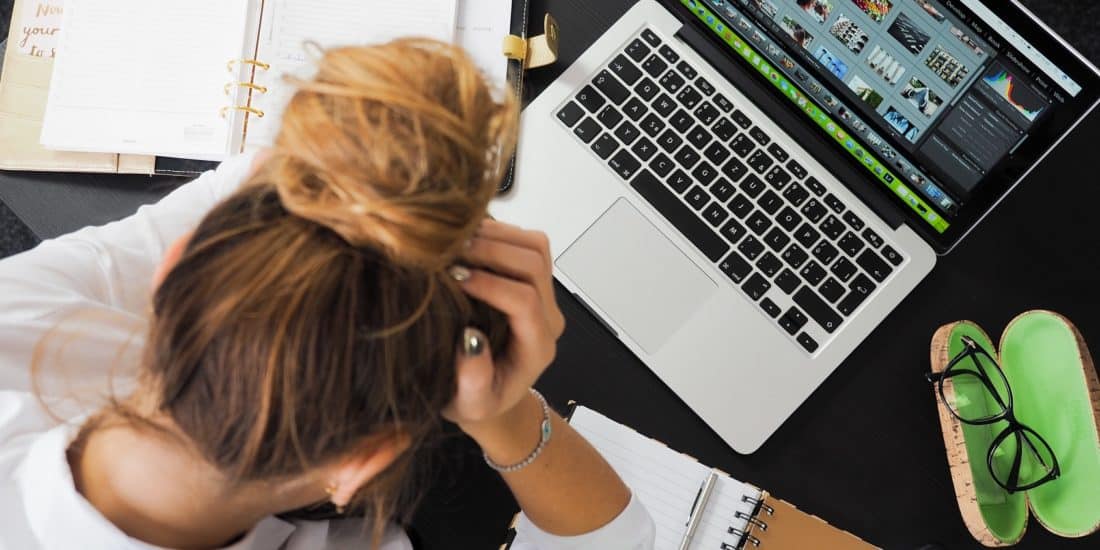 Job searching can be exciting at first. Whether you’ve just walked off the graduation stage or are 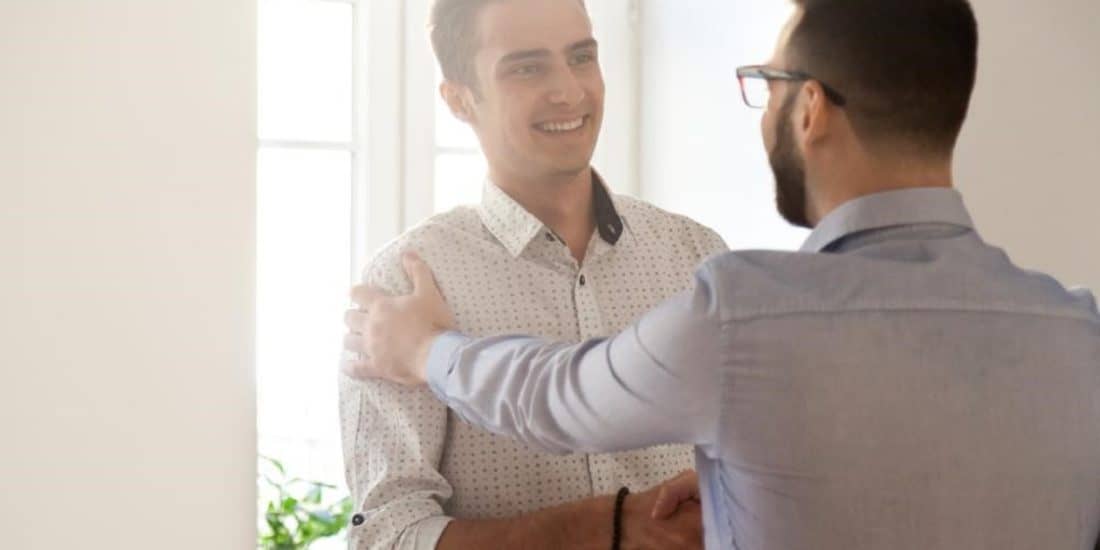 Hiring Your First Employee as an Entrepreneur

Hiring Your First Employee as an Entrepreneur Congratulations! If you’re ready to hire your first employee, you must